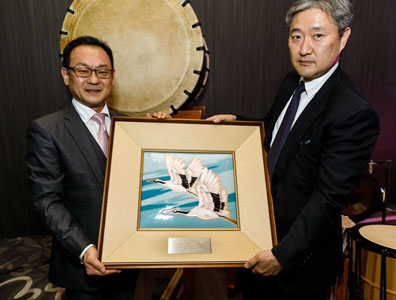 TTC entered the region in 1992 by forming a joint venture with Burns Philp in its pacific businesses. TTC took 100% control of the company in 1998.

A corporate history book compiled by John Thomas (retired in August 2018 after a 27 year career), was released to coincide with this anniversary, capturing the interesting history of the company.

Managing Director, Masahiro Kuwahara, shares his vision for the new direction of the automotive industry.

A gift was presented by Mr. Okutsu from TTC to TTSPH, to celebrate this milestone. For the Japanese, 20 years represents cultural significance, this marks what one has learnt and experienced during this time, and is now ready to embark on a new voyage.

Previous
Back to Blog
Next